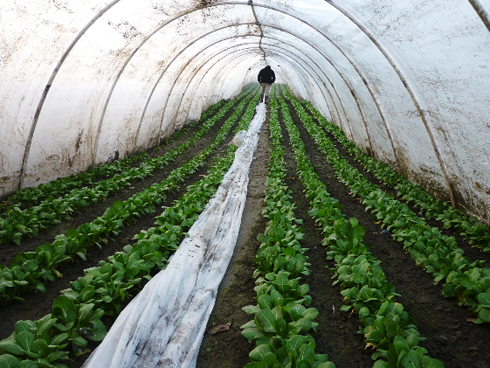 Happy New Year! We’re getting back into the swing of things after the holidays, feeling perhaps a bit plumper with all the good food we’ve enjoyed. Any residual sluggishness, however, quickly dissipates as the 2012 season comes into focus. The first phase of our planting plan is complete; next we will assign the thousand-or-so crop successions to actual fields and hope that weather and other factors will allow us to stick fairly close to the plan.

Efficiency is the name of the game for farm operations, as skeleton crews work to get the food harvested, washed, packed and shipped. The “new-old” root washer is up and running after a major rebuild and the installation of an elaborate system of phase converters. We operate on single-phase power at the farm, and Shaun tells us it was quite a project to supply the power for this rather large piece of equipment.

Despite dire forecasts by prognosticators of every stripe, the frightful La Niña winter we’ve heard so much about has not yet arrived. The calendar year marks the solstice as the official start of winter, but meteorologically speaking, we are already at about mid-point. We’ve been fortunate so far. Last winter saw the first snow in November, and the Snoqualmie River had threatened flood-stage twice before January was half over. No such drama this time around—yet. 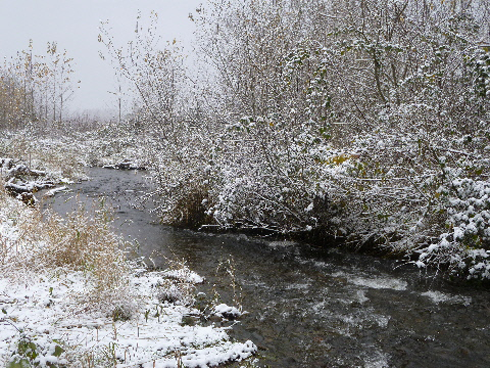 Temperatures have been relatively mild these past weeks, giving our spinach, bok choy and other fall plantings at Willows a chance to flourish into the new year. A few degrees in soil temperature can make a huge difference in germination rates, so December plantings are off to a good start as well. Although we’ve had less rain than usual for this time of year, snow pack on the mountains is in good shape, ensuring plentiful clean water for next season.

We’ll cross our fingers for a decent winter. There’s a long stretch ahead before spring rolls around and plenty of precipitation to come. In fact, if current weather models line up, the next arctic cold front will spin to the west of the Cascades just about the middle of the month, bringing with it our first lowland snow!