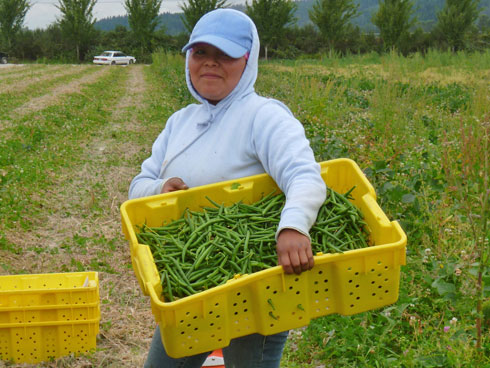 Summer’s Bounty Means Food For All

Irrigation is the name of the game these days. We’re going on six weeks without a drop of rain, and while that’s by no means unusual, we’re hoping for a light sprinkle sometime during the first week of September, at least to take the dust down a bit. Meanwhile, the big “rainmaker” behind the red barn at Griffin chugs away all day, pumping water down to our thirsty fields, and the wheel lines at Willows are rolling across the plantings at regular intervals. Drip lines at Ames are charged with water trucked in from the Griffin well, keeping our squashes, peppers, eggplant and other crops happily producing. 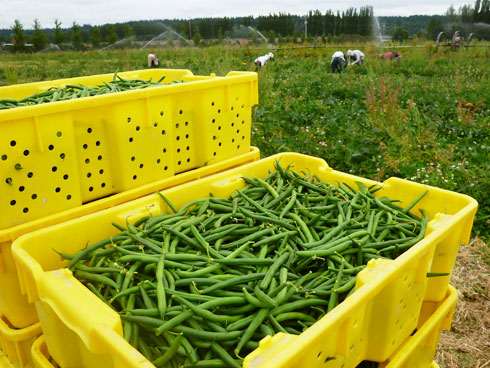 We’ve just finished harvesting our first green bean planting, which yielded nearly ten thousand pounds. With more than a hundred pods to the pound, that’s a lot of beans to pick by hand! Our next succession at Ames, three times the size of the first, will take us into early October.

Good news – there is still hope for the winter squash, judging by the looks of the plants on our last field walk; green and white acorn varieties and some of the delicatas may come through after all. Fingers are crossed for a nice long Indian summer.

Full Circle is one of several area farms working with a gleaning group called Sno-Valley Harvest this season. Wikipedia defines gleaning as “the act of collecting leftover crops from farmers’ fields after they have been commercially harvested or on fields where it is not economically profitable to harvest.” Since ancient days, many cultures and religions practiced gleaning as an early form of welfare system, and modern groups around the country these days organize gleaning projects to bring food to underserved communities along with education about nutrition and cooking. 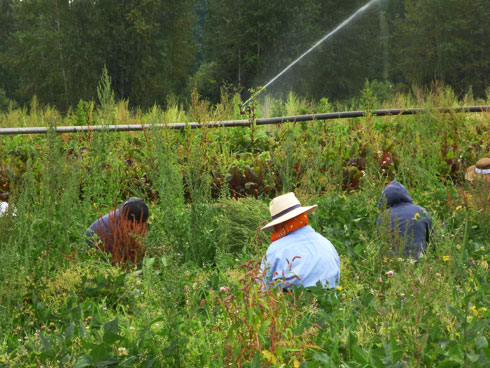 Born of a partnership between Hopelink, Americorps VISTA, and Rotary First Harvest, Sno-Valley Harvest brings local food that would otherwise be tilled under to King County’s many food banks. Last week, a group of hardy volunteers harvested nearly six hundred pounds of lettuce we had left behind due to small size! We’re grateful for the opportunity to contribute to their efforts to get good food to those who need it most, and will welcome them back to our fields throughout the remainder of the season. 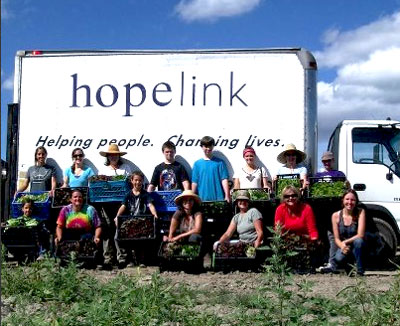 Have questions about the workings of our farm or interested hearing more about a specific topic? Let us know in the comments below.