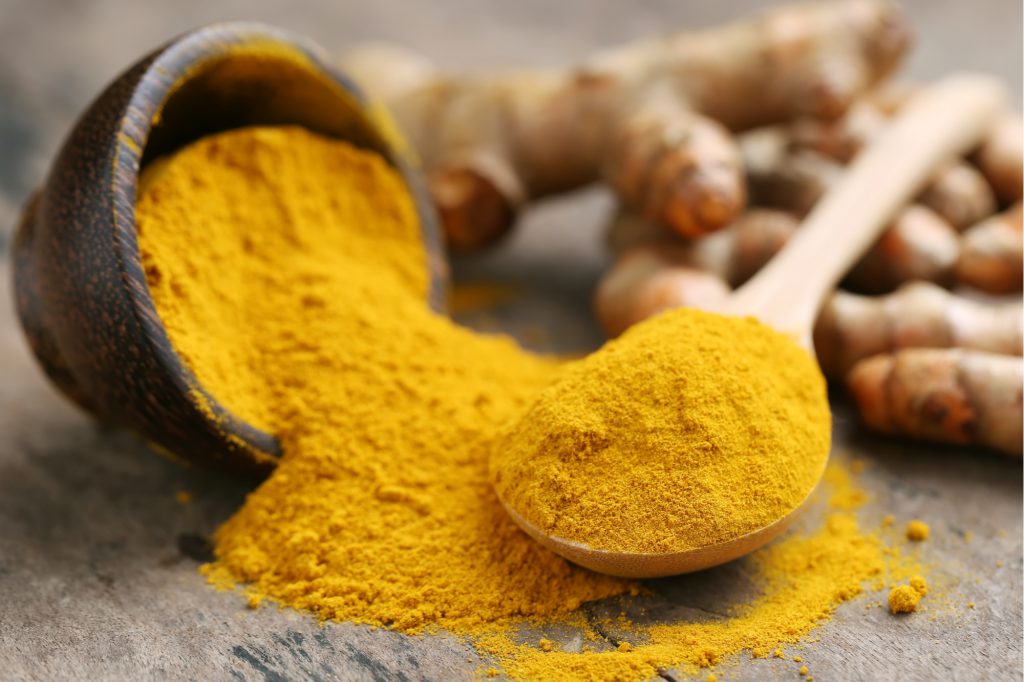 Turmeric is a perennial herbaceous plant that is a member of the ginger family. It’s native to Southeast Asia and India, but it can grow anywhere that has a warm and humid climate. Turmeric plants grow long leaves that emerge from rhizomes, which is more or less a root, that is hidden beneath the soil. When the rhizome is harvested, it is boiled, dried under sunlight for about a week, then polished. Dried rhizomes are about two to three inches in length, but are most commonly sold ground up into a powder that is found in the spice aisle. The name turmeric comes from the Latin word terra merita, which refers to the golden yellow color of ground turmeric.

Aside from its culinary uses, turmeric also has various cultural and religious meanings. In parts of India, turmeric is thought to protect against evil spirits. Buddhist robes have been dyed with turmeric for centuries, and the Hindu religion views turmeric as pure and sacred. Turmeric is often incorporated into Hindu wedding ceremonies to purify the minds and bodies of the bride and groom prior to the marriage ceremony.

Although turmeric has recently been trending as a health-food in Western cultures, Turmeric has been used medicinally for nearly 4000 years. It has been particularly popular in both Ayurvedic medicine and Chinese herbal medicine. In Ayurvedic medicine, it is mainly used as a remedy for breathing problems and also as an antiseptic for cuts, burns and bruises. In Chinese herbal culture, it’s used as an anti-inflammatory pain reliever, particularly for arthritis.

Today, turmeric is being studied for its suggested positive effect on cholesterol, stomach problems, skin irritation, arthritis, depression, and even cancer and liver disease. The main active ingredient, curcumin, is also being studied in clinical trials for its effects on Parkinsons and Alzheimer’s disease. Although there is not enough scientific evidence yet to conclusively determine the healing effects of turmeric, it is generally considered safe to consume as a regular part of a healthy diet. 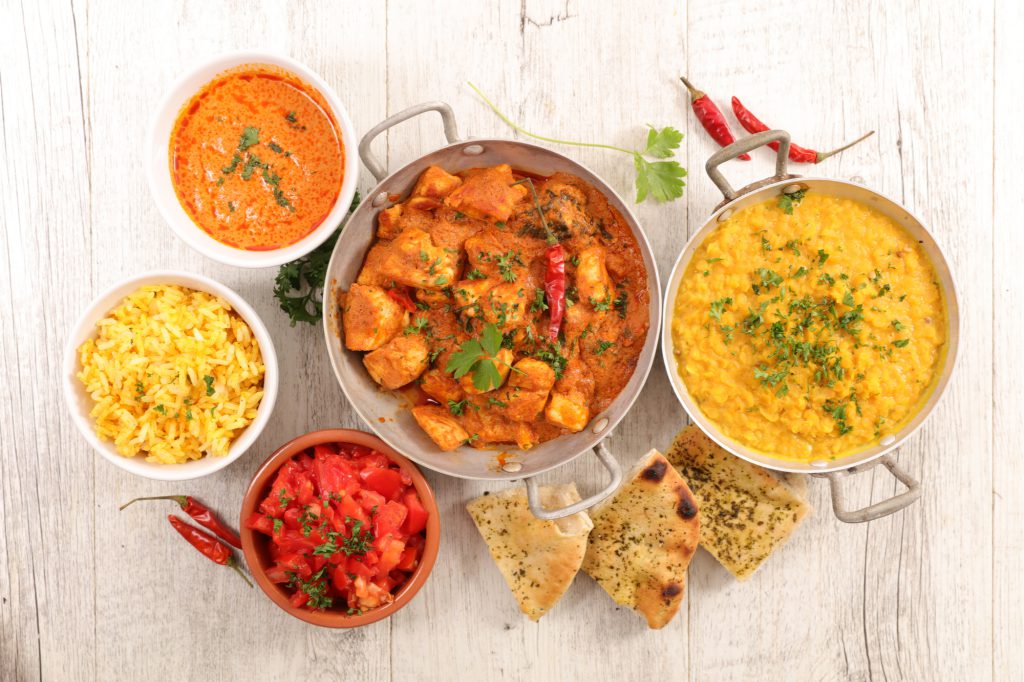 Turmeric has an earthy, bitter and light peppery flavor. Fresh turmeric is generally less potent and has a fresher, slightly more lemony citrus flavor. Either way, its bitter taste is best balanced out by other rich and creamy flavors such as butter, ghee, coconut milk or other fats. Be careful when cooking with turmeric because its color will certainly stain! In fact, the distinct hue is used to color most store-bought mustards.

The pungent, bitter flavor and pepperlike aroma of turmeric are most commonly featured in South Asian and Middle Eastern cuisines. It is probably most popular for its use in curry. Today, India produces the vast majority of turmeric and also consumes 80% of it.

The active ingredient in turmeric is curcumin, which is not easily absorbed by the body. When you pair turmeric with black pepper, it increases your body’s ability to absorb and utilize turmeric and all of its healing properties.

Spice it up: easy ways to use turmeric 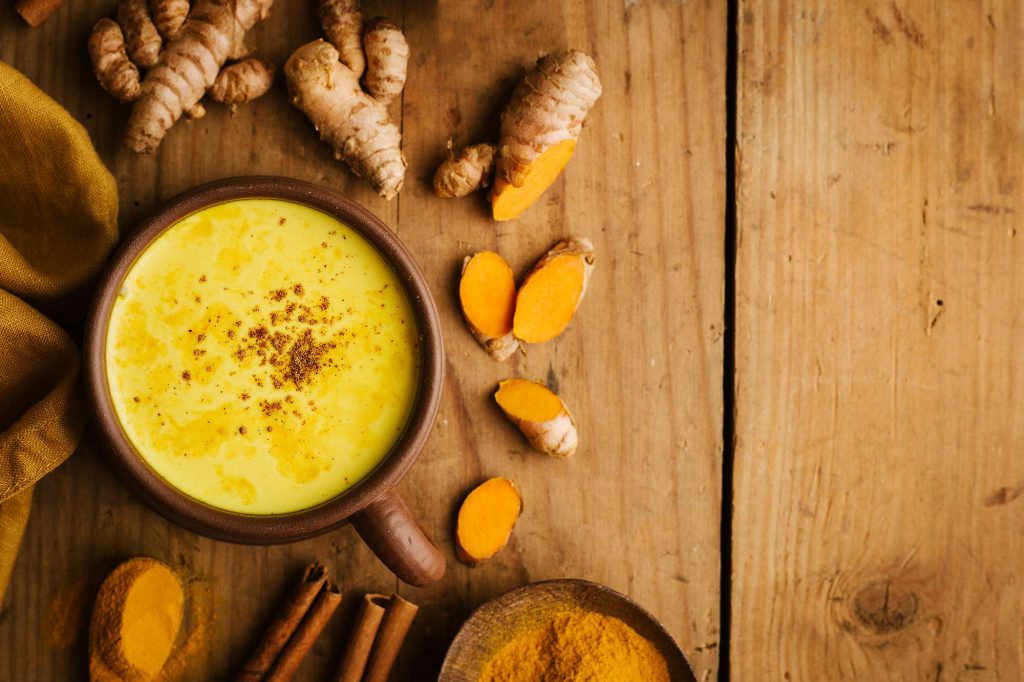 This comforting “tea” kind of tastes like a spicy Chai tea (though you can put in fewer spices if you want a more mild taste). Turmeric has been shown to have many health benefits, including helping with depression, insomnia and arthritis. 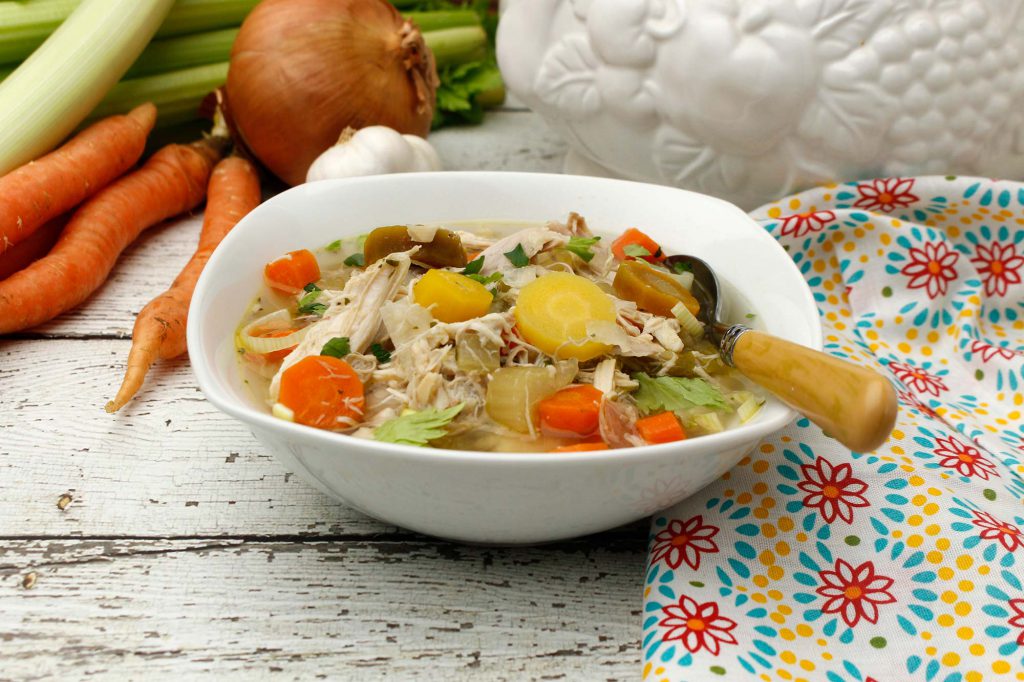 In these winter months when it seems everyone is getting the flu or a cold, serve your family this delicious and healthy chicken soup. Add your favorite noodles if you’d like. Get our recipe for homemade Vegetable Broth.

We love drinking this turmeric tonic to prevent colds during the holiday season when everyone is sick and in close quarters. The turmeric and ginger give this tonic a slight kick that we love. 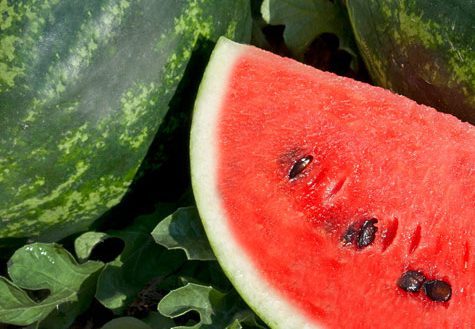