Spice It Up: Cinnamon 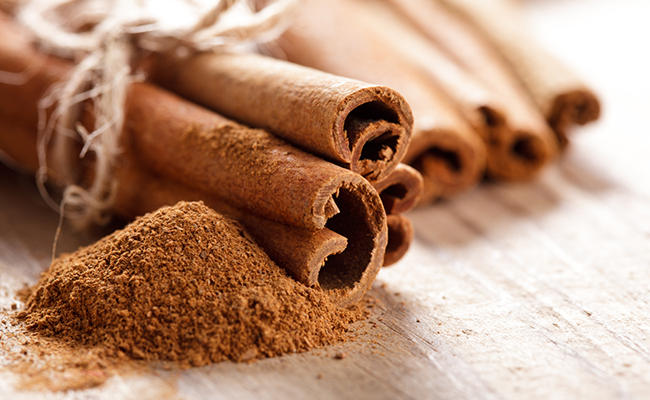 The leaves are changing colors, the days are getting shorter, and the air is getting cooler. Fall is in full swing and one of our favorite things about the season is the delicious food that comes with it. Butternut squash soup, persimmons sliced on our salads, pumpkin-flavored everything… and although it’s technically available year-round, we absolutely love the abundance of cinnamon that comes with the cooler weather. Whether it’s sprinkled over oatmeal, folded into baked goods, or steeped in hot apple cider, we can’t get enough of this delicious spice!

Cinnamon was treasured just as much hundreds of years ago as it is today. In some ancient civilizations, it was a gift reserved for royalty, ancient Egyptians used it as part of the embalming process, and Medieval physicians used it to treat bronchitis, coughing and sore throats. The spice is native to the island of Ceylon (modern-day Sri Lanka), where it was grown almost exclusively until the early 19th century. It was very sought-after and so valuable that many global powers fought to take control of the island. The Portuguese, Dutch, and English all took turns attempting to seize the island of Ceylon to monopolize the lucrative cinnamon industry. In the early 1800s, the battle simmered down when they found that cinnamon could grow in other countries with similar tropical climates. 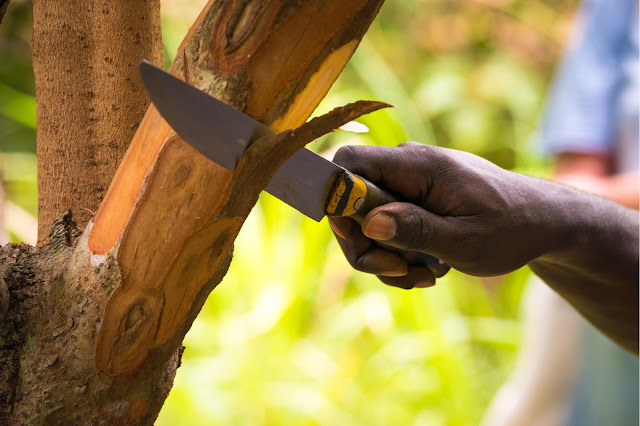 Cassia cinnamon, also known as Saigon cinnamon, is what most Americans have in their pantries. It primarily comes from Indonesia and is known for its stronger smell and spicier flavor. Cassia cinnamon is also less expensive, and therefore more common.

Ceylon cinnamon is still produced on the island of Ceylon, which is now Sri Lanka. It has a milder and sweeter flavor, a smooth taste and a rich aroma. Its deep vanilla-like flavor is popular for baking. It is more expensive and it’s often found in gourmet food stores. Some foodies may refer to it as “true” cinnamon, which actually comes from its scientific name, Cinnamomum Verum, as verum is Latin for “true”.

Cassia cinnamon is great for baking because its bold flavor holds up to the fat and flour in baked goods. It’s also excellent in recipes that contain cloves, nutmeg, and allspice because the hotter spice of Cassia cinnamon complements the sweeter side of the other spices. Cassia cinnamon is popular in Chinese cooking.

We prefer using Ceylon cinnamon when there aren’t too many other competing flavors so that the rich flavor of the spice can shine through. It goes well with chocolate, vanilla, citrus, and dark liquors. It’s also great in savory recipes, such as broths or moles. Ceylon cinnamon is popular in Southeast Asian and Mexican dishes. In fact, it’s the key ingredient in Mexican Hot Chocolate! 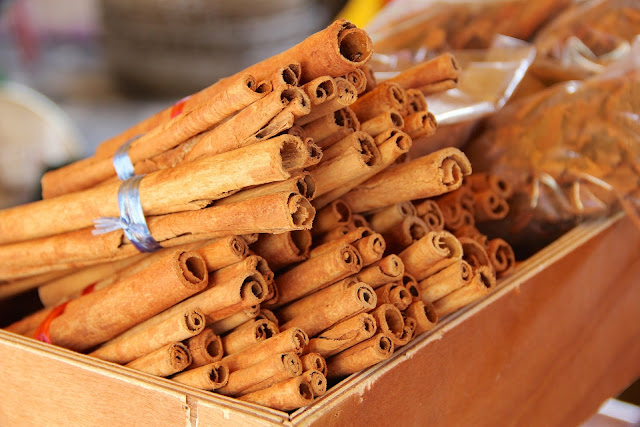 Simple ways to spice it up! 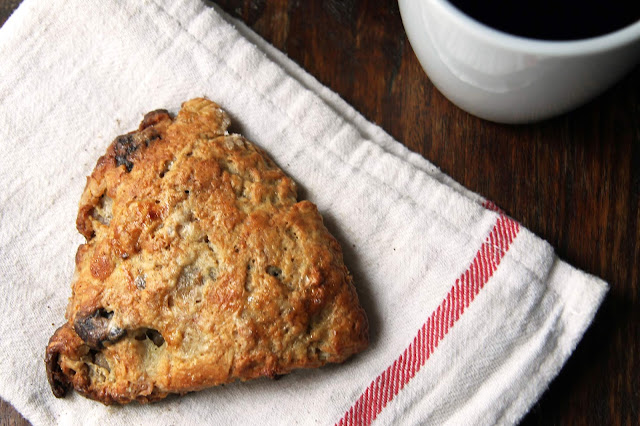 Greet the morning with the smell of roasted pears and freshly-baked goods. This amazing scone recipe is sure to pack a punch in the aroma department. This is one way to rouse family members and house guests out of their beds. 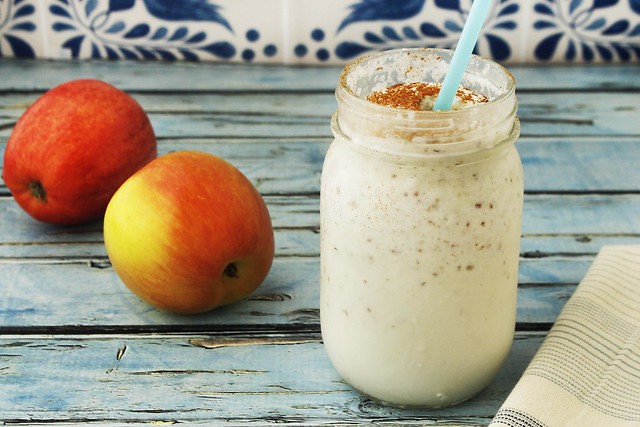 This creamy apple cinnamon smoothie is a great way to start off your day. Not only is it delicious, but it’s quick and easy to make! 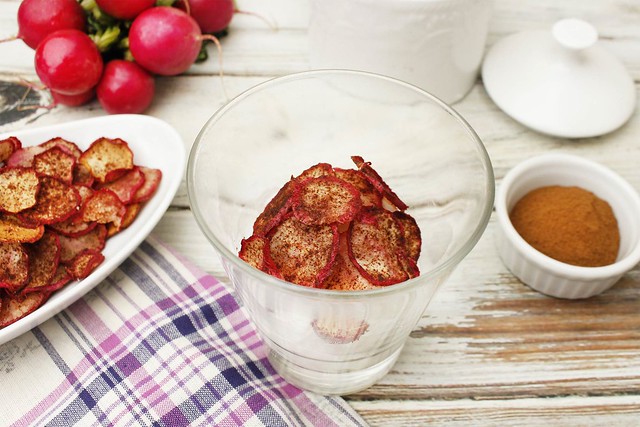 Not only does baking these chips tame down the radish flavor, but they’re covered in sugar, honey and cinnamon and are surprisingly buttery with a hint of tartness. You’ve got to try these – they’re delicious dipped in ice cream or yogurt!

Click here for the recipe.
How To Add Farm Stand products to Your Delivery:
Full Circle members – head on over to our online Farm Stand Market to customize your upcoming delivery. Market is open from noon on Thursday until 10 pm on your cutoff date. After you confirm your produce items, click the orange button “Confirm and Continue To Other Farm Products” to add farm products to your delivery. 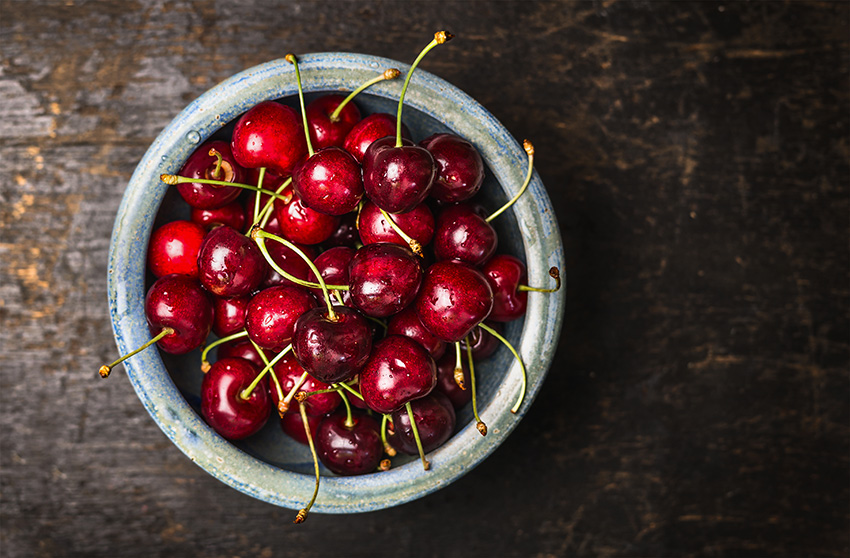 How to Ripen and Store Stone Fruits