After a long and pleasant hot spell, the northern hemisphere tilts into autumn this week, and overcast skies and showers seem to seal the deal, psychologically speaking. Nevertheless, daytime temperatures still hover in the seventies and despite predictions for a damper second half of the month, we hold out hopes for more warm weather ahead to bring our winter storage crops to maturity in late October.

Here and there a yellowing leaf can be spotted in the understory of the woods, but out in the fields the ground is still plenty warm enough during the day to keep our cucumbers, melons, eggplant and peppers coming, if a bit more slowly now. Winter squash fattens in long rows—even the butternut which typically takes so long is looking promising. 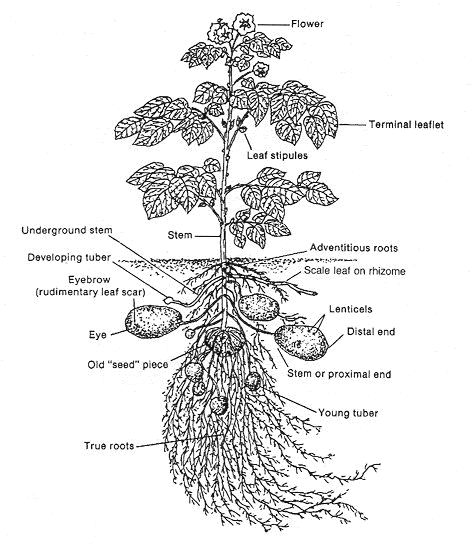 As we walk the potato plantings, songbirds scatter in every direction. The vines on some of the varieties we planted have begun to pale, indicating that harvest time is near. Next week we’ll begin cutting the tops from those plants so that the plump tubers nestled below the soil will cure for a couple of weeks before we bring them in, skins hardened. Let’s hope for a dry week when that time comes; potato harvest and packing are much more efficient without the mud!

Think potatoes are fattening? Misinformation and misconceptions regarding the nutritional value of the potato abound. In fact, an average potato with the skin contains 45% of the daily RDA for vitamin C and 18% for potassium, as well as B vitamins, antioxidants, beneficial fiber, and other important minerals including iron, phosphorus and zinc—all for about 100 calories and zero fat (well, at least before the butter hits). We’re estimating a yield of about 250 tons this year, enough to keep this healthful and hearty cool-season staple on hand until spring.