Aside from ongoing harvest and packing shed operations, the farm is quiet. As the long busy season winds down, many folks now have the chance to take much-deserved vacations. We won’t invest in as many winter plantings this year as we have in the past, but we did put about an acre of spinach and bok choy into the ground over at Willows last week. Under low tunnels, they’ll slowly come along for a shot of welcome green sometime in mid-March. Meanwhile, we’ll continue to bring in Brussels’ sprouts, cabbages, celeriac, leeks, parsnips, and those curious and tasty little tubers known as Jerusalem artichokes.

Mornings are foggy and fields are muddy, and when the sun comes through, the bare bones of the landscape are revealed in their austere beauty. Huge formations of geese fly over the farm, even after dark. In the night sky, Orion the Hunter makes his seasonal debut, traversing the firmament with his dog Sirius at heel, and as the earth moves along its timeless track, the northern hemisphere leans toward the sun once again. Winter solstice! The longest night of the year is behind us. 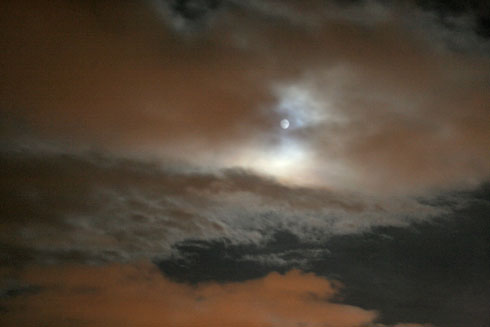 Although marking the beginning of winter, this celestial event has been celebrated as the hope and promise of the return of light as long as humans have lived. It is considered by many to be the pagan origin of many of the world’s winter religious celebrations. In ancient times, before we understood astronomy, the customs surrounding the winter solstice reflected an acute awareness of our reliance on the sun for light, for heat, and for spring. These days, we may rest assured that, short of a cosmological disaster, the light will indeed return, slowly and surely. Whatever the custom or belief, it is a time of introspection, of thanks, and of celebration.