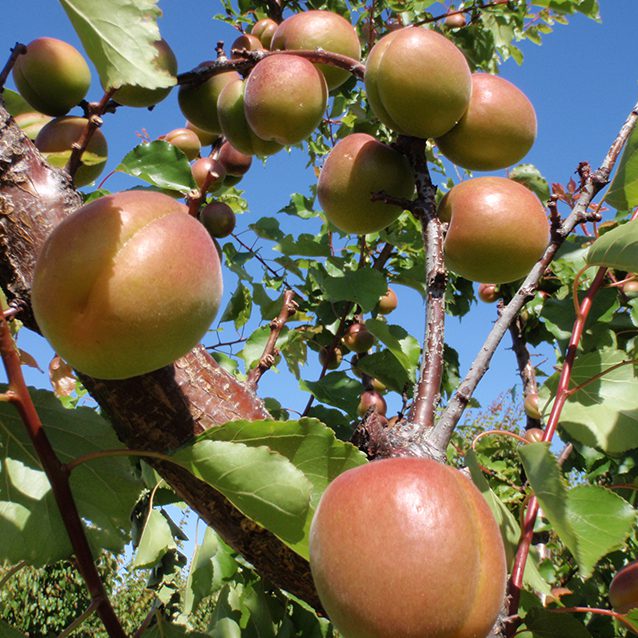 In spring, a young person’s fancy turns to thoughts of…. asparagus, berries, and stone fruit! An invitation from a colleague at the Organically Grown Company last week gave us the opportunity to visit some of our current and potential suppliers in three counties of eastern Washington. Although farmers seemed to agree that the season is shaping up a few days ahead of last year, a killing frost is still a real possibility until the second week of May. Still, with the forecast for the warmest weather yet coming up, the mood was cautiously optimistic. Our first visit brought us to Quincy, where the Jones brothers grow roughly 100 acres of organic blueberries in addition to conventional potatoes, onions and wine grapes. A walk through the berry fields saw most of their six varieties in full bloom, weeks ahead of us here on the west side of the Cascades. 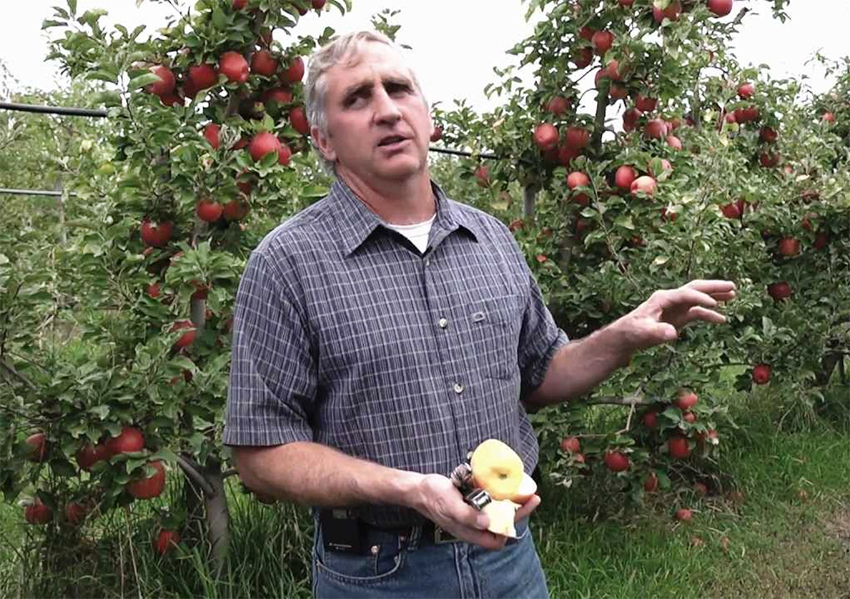 On the way to Othello, we thought we’d drop by the Tonnemaker Hill Farm store to see if anyone was around. Here we met up with Kole Tonnemaker, who was kind enough to walk us around and give us a bit of the farm’s history. The Tonnemaker family started farming in the Yakima Valley in 1903, and subsequent generations bought and cultivated the 126 acres now managed by Kole, his brother Kurt and their families. Their grandparents planted cherries and peaches in 1967 on a hunch that the dry sagebrush and rock soil on the north slope of the Frenchman Hills were suitable for orchard. Despite the naysayers of the time, today there are orchards stretching in every direction. The Tonnemaker’s story, found on their website, is a real testament to their commitment to keeping the farm viable amid the consolidation of the fruit industry in Washington. 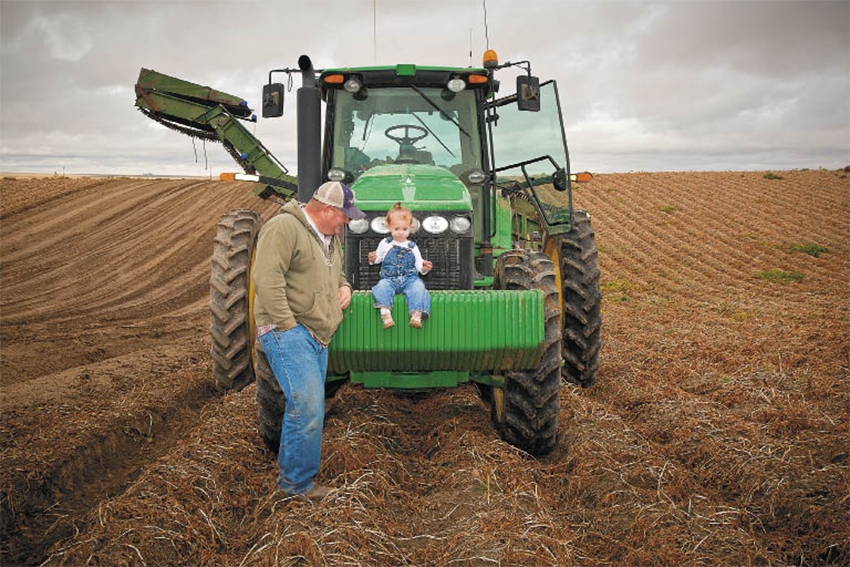 Our next stop was outside of Othello, where we met up with the Orman and Nick Johnson, who grow mostly russet potatoes and storage onions but have ventured into organic asparagus. The pickers were out in the early morning sun as the flatbeds were loaded with crate after crate of field-run “grass”. One look at the process of harvesting asparagus and we understand why it’s so costly: workers walk vast fields, cutting the spears one by one with long knives. Once in the packing shed, the asparagus is graded for size, washed, trimmed and packed for market. We also had a chance to see newly-planted onions and potatoes. The onions were up and the potatoes were sprouting, making an almost imperceptible break in the soil known as “cracking”. As we commented on the cold wind sweeping across the open spaces, Nick joked that “We get nine inches of rain and eighteen inches of wind!” 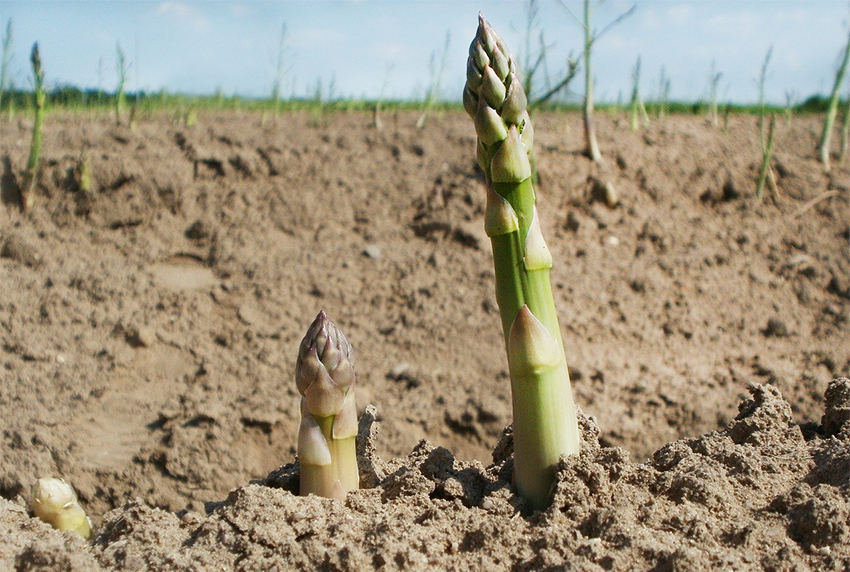 On the other side of Othello, Brian Andersen of Andersen Organics showed us around the packing shed where his onions, shallots, potatoes and asparagus are packed. Andersen onions, featured regularly in Full Circle boxes during their season, are finished until the new crop comes in, except for a few cippolinis. The asparagus packing line was humming and potato seed was being cut and treated with fir bark to absorb moisture before planting. Although a much larger operation than ours, the seed-cutting machine looked like something we’d have, and was momentarily shut down due to a mechanical problem. Farmers share the same woes – especially mid-size farmers who use smaller-scale equipment from decades past. Brian Andersen is a key figure in the Columbia Basin, linking farmers together in cooperative production and packing agreements which further the cause of transitioning conventional crops to organic production.

Late in the day, we found ourselves far to the south in Eltopia, where Allen Schreiber’s 100-acre research and production operation is located. Beneath intermittent showers, we drove between fields where organic eggplant and 13 varieties of specialty melons are soon to be transplanted amid the Schreiber family’s field trials and CSA crops. The asparagus line was in full swing as we visited, and when half past four rolled around, it was time for the Friday “happy half-hour”, where workers stop for pizza and a beer on the clock to exchange feedback and celebrate the week’s work. We hope to see the fruits of these and other hardworking hands in our boxes in the coming weeks and throughout the season.

What are you looking forward to this spring and summer? Let us know in the comments below. Want to read more about our farm and other farms we work with? Visit our Food Sources page. 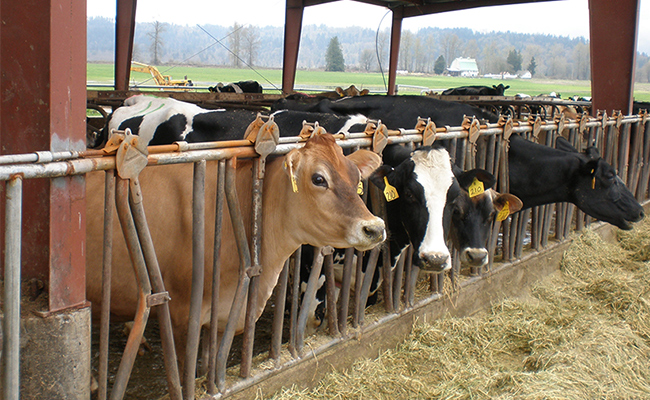 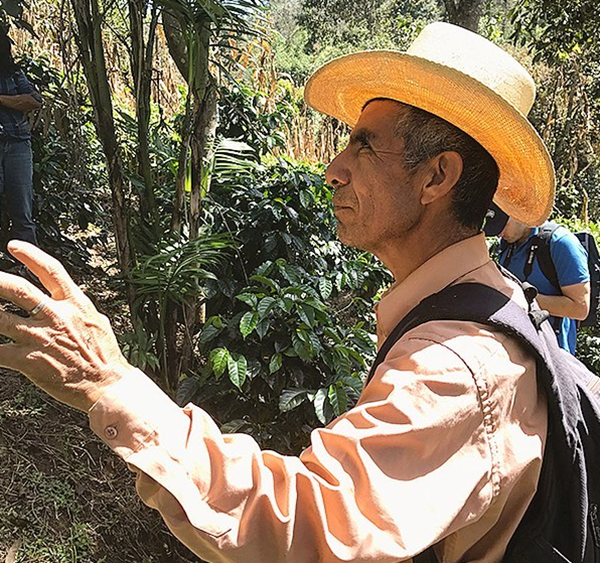