The slower winter months give farmers an opportunity to gather with other members of the food community through numerous educational and networking events, and last week found a Full Circle contingent at the 32nd annual EcoFarm conference in Pacific Grove, California. EcoFarm, the Ecological Farming Association, was founded in 1981 to promote and nurture healthy and just farms, food systems, communities and the environment; its mission statement includes “bringing people together for education, alliance building, celebration and advocacy.”

The more than 1000 attendees and presenters at this year’s event included farmers and producers, merchants and handlers, policy activists, students, educators, researchers and others from across the country and the world. The clear, northern California light and magnificent coastline at Asilomar – long a meeting-place for thought leaders of many disciplines – provided a splendid backdrop for collaborative learning.

A series of talks and workshops focused on strengthening the alternative models of production and distribution which we believe will ultimately transform the industrial model, which dominates the food system today. More than seventy five sessions were held on a wide array of subjects: how to read a soil test, holistic herd health and grazing systems, and fixing school food to name a few. 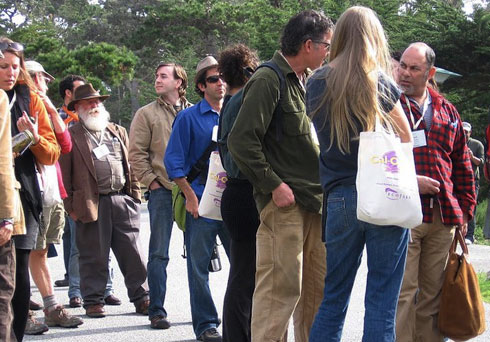 Of particular interest were discussions about the concept of community-supported agriculture (CSA), which is evolving from the traditional one-farm model to include multi-farm and trans-local consolidation and distribution. In another session, the Stewardship Index for Specialty Crops was introduced. This project, funded by the Natural Resources Defense Council, is an emerging system for measuring, benchmarking and communicating sustainability and stewardship performance throughout the supply chain.

The increasing focus on social justice as an integral piece of any sustainability metric was also addressed in several workshops. In between the diverse and thought-provoking presentations was the opportunity to discuss points of view, reinforce old relationships and forge new ones. It will take an army, but through determined and cooperative effort we will succeed in changing the way food is grown, delivered and consumed.