Cleaning and Freezing Tips for Leeks 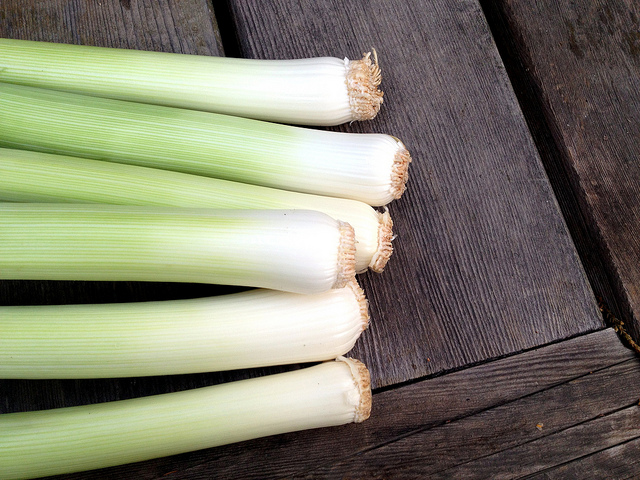 Often loved for their buttery, mild-onion flavor, leeks are a versatile vegetable and popular both as a star-player and/or substitute for onions in a variety of dishes such as tarts, soups, casseroles, everyday sautés and scrambles.

HOW TO CLEAN LEEKS

With leeks, the crucial first step is cleaning them, as they can hold quite a lot of sandy soil. As the plant grows, soil can get trapped between its layers. Here are two helpful tips to clean your leeks. The method you use depends upon how you are going to use the leeks in cooking.
Depending on what dish you’re making, you’ll use a small or large amount of the green stem. For stocks, most of the leeks can be used. For stir-fries or braising, use only the white part of the leek.

Cut them in half lengthwise, keeping the root in tact. Run water over the whole leek rifling through the layers to give them a good rinse. If needed, do this a couple of times to make sure all of the fine sand is removed. 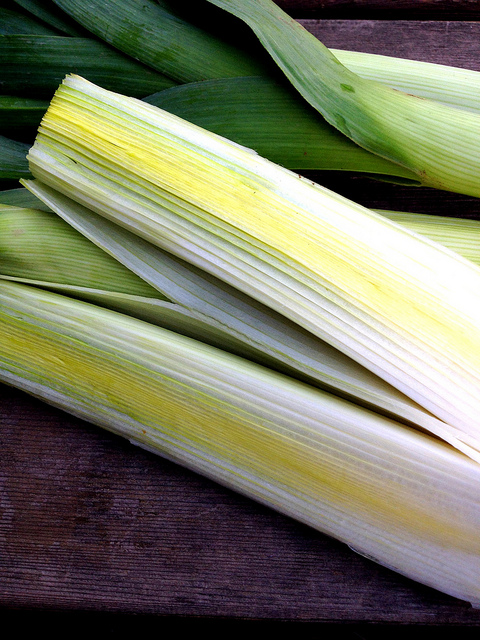 For recipes calling for chopped leeks, remove both the root and dark green leafy ends. Slice the remaining white stalk in half lengthwise, then chop crosswise to create half-moon shaped pieces.

Place chopped leeks into a bowl and fill with cold water. Swish the leeks around vigorously to encourage any dirt or sand to sink to the bottom of the bowl. Let sit for a few minutes, then scoop out the clean leeks with a slotted spoon. Or if you’re cleaning a lot of leeks, you can place the cut leeks in a colander then partially submerge the colander in a large bowl of water. Swish and clean leeks as you would above but quickly drain by pulling out the colander. 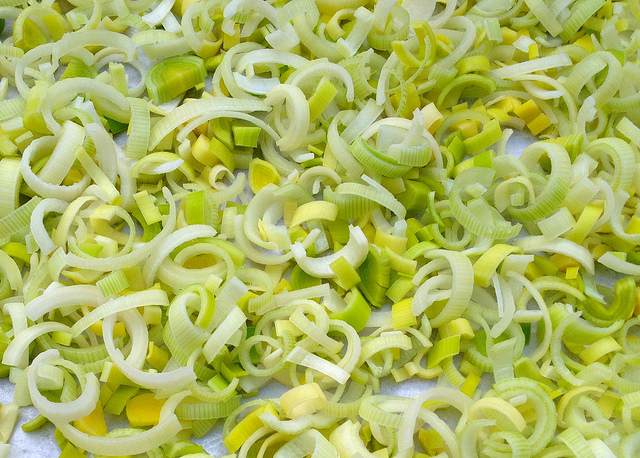 HOW TO FREEZE LEEKS

Leeks can be easily frozen for later use in soups, stews or casseroles.  After cleaning, place cut leeks on a clean, dry towel and allow them to air dry.
Flash freeze by placing them on a sheet tray in a single layer until just frozen. Placing a sheet of waxed paper on the tray before spreading out the leeks can make transfer once frozen a little easier. 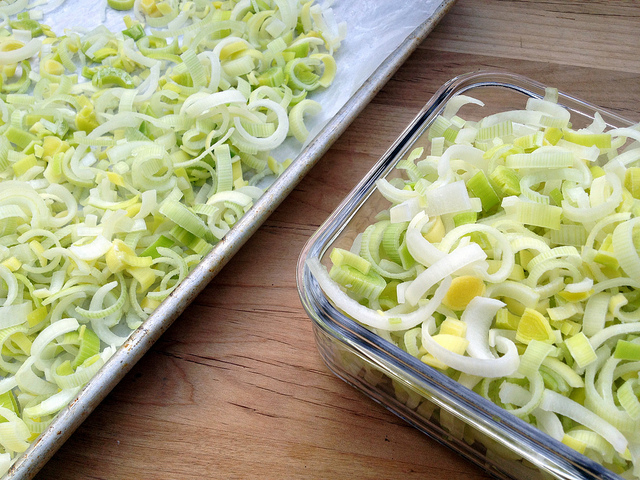 Once frozen, transfer to a re-usable, freezer-safe container. Use within 5 to 6 months (or before they get icy) for optimum flavor. When ready to cook, add to recipes without thawing. 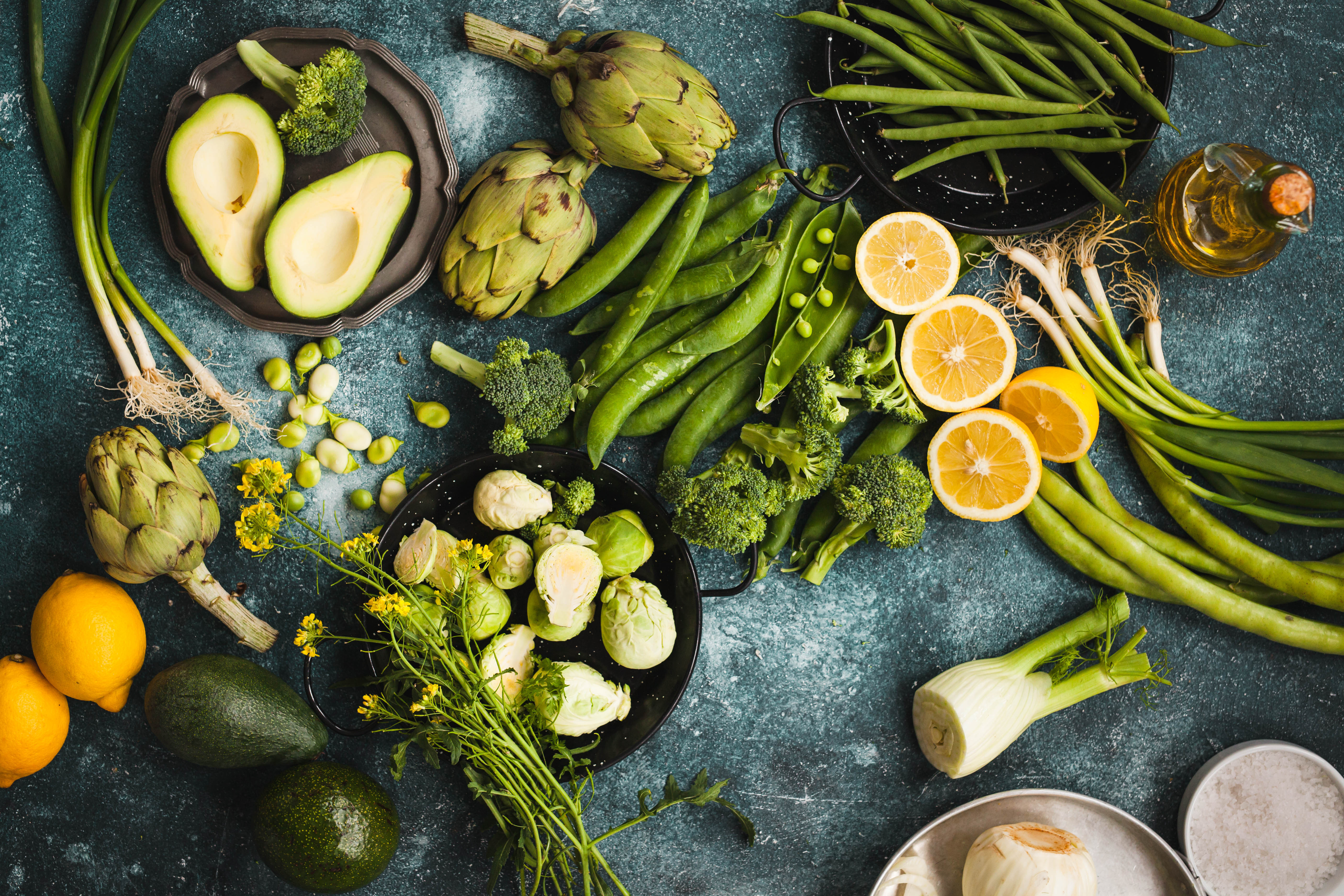 Let’s Veg Out Together! 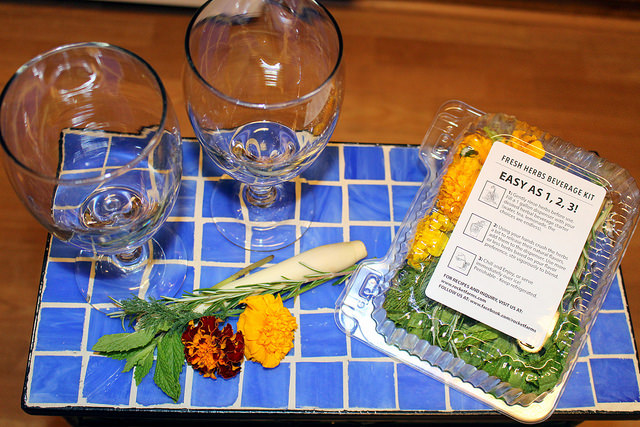 Making the Most of Your Herbal Beverage Kit