I’m a year-round griller. I’ll head out in the depths of a rainy Washington winter to get a little smoke on whatever I’m preparing. However, there is no denying that grilling in summer is vastly superior. With Memorial Day, the official start of summer, right around the corner I’ve decided to count down my favorite vegetables for grilling.

When you’re grilling vegetables, it’s important to stay pretty close to the grill. Every grill has spots that are hotter than others so vegetables in one area of the grate will be done before others. And, of course, different vegetables will take varying amounts of time to be cooked through. So stay close so you can flip veggies over and pull them off the grate as they are ready.

10. Green Beans
While green beans are wonderful grilled, those slender beans can easily slip through the grill grate. This is where a grill basket comes in handy. I’m a big fan of a basket that has a lid. That way I can get vigorous in my shaking without any fear of loosing my beans. I like to keep green beans simple, just a little olive oil and salt and pepper before grilling and maybe a little butter once they’re off the grill.

9. Eggplant
When it comes to eggplant, I like to first slice then into planks (1/4” thick or so) and then give them a quick bath in a marinade before I put them on the grill. A combination of balsamic vinegar, garlic, basil and olive oil is one of my favorites for eggplant. 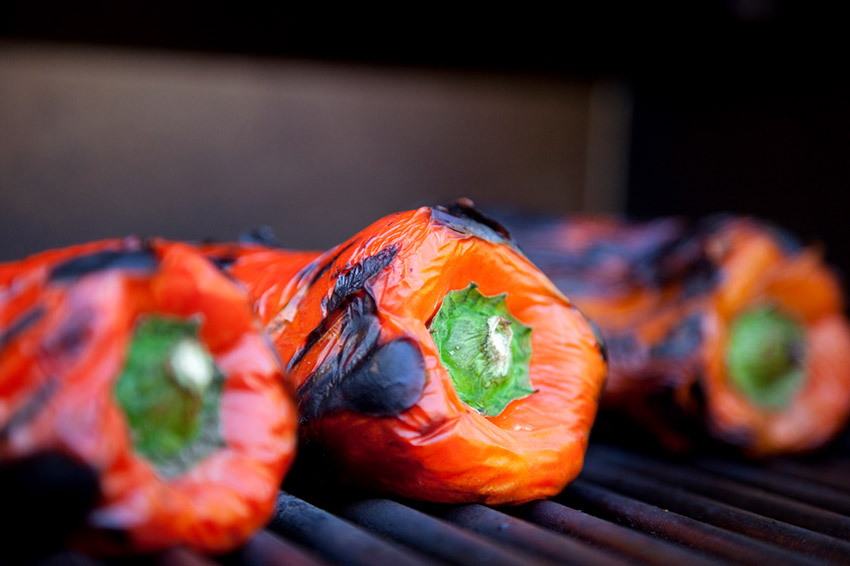 8. Bell Peppers
Bell peppers can be cooked two ways. Leave them whole and let them cook until charred all over for peeling, or cut them into chunks and grill until just charred around the edges but still a little crisp. I like the former in any recipe that calls for roasted red peppers and the latter in salads or as part of an antipasto platter.

7. Radicchio
For some radicchio is just too bitter, and I’ll admit, I’m sometimes in this camp. However, a little time on the grill mellows the flavor and the leaves take on the smoky flavors deliciously. Quarter the radicchio (leaving the core in) to grill it and serve it warm with a vinaigrette. My favorite is made by sautéing bacon until almost crisp, then adding onion to the pan and cooking for just a couple more minutes. Next add balsamic vinegar, brown sugar and a little bourbon (this is, of course, optional) and let it cook down until it is reduced by half. Pour this over the warm radicchio and devour.

6. Tomatoes
Yes, I know the tomato is technically a fruit, but give me a little latitude. The flavor of tomatoes can vastly be improved by grilling. I find this to be a great way to prepare those “it’s-not-summer-yet-so-these-are-only-mediocre” tomatoes. Cut them in half crosswise then start them cut-side down on the grill. After three or four minutes turn them over and add a dollop of pesto. Cook for another three to four minutes then serve.

5. Zucchini
Zucchini is another veggie made more delicious by a quick marinade before grilling. You can even use the same balsamic-basil marinade that I suggest for eggplant, though a switch of herbs from basil to mint might be even better.

4. Onions
No vegetable changes more than the onion when it is grilled. The sharp and pungent flavor transforms into something mellow and sweet. For an easy time on the grill, cut the onion crosswise into half-inch slices and then run a skewer through it. Grill over medium rather than high heat lest the outsides burn before the insides are cooked through.

3. Corn
You’ll often see people telling you to leave corn in the husks for grilling. Do. Not. Listen. To. Them. If you do you’ll be missing out on the wonderful little charred bits that putting corn directly on the grill grate creates. Corn + charred bits + butter = awesome flavor.

2. Potatoes
If you’ve got some fingerling or new potatoes, par-boil them until they are just about cooked through then thread them onto skewers and finish them on the grill. Those are going to be very tasty. However, the real number two on my list is this: if you’ve got some russets and a little time, make smoked potatoes. Build a fire for indirect grilling and add a handful of smoking chips or chunks. Rub the potatoes with a little olive oil, then season with salt and pepper. Put them right on the grill and then close the lid. Do not wrap them in foil or the smoke will be worthless. After 45 minutes to an hour the potatoes will be done (test like you would a baked potato). Top with sour cream, bacon, chives … basically however you would top a baked potato. Prepare to have your mind blown. 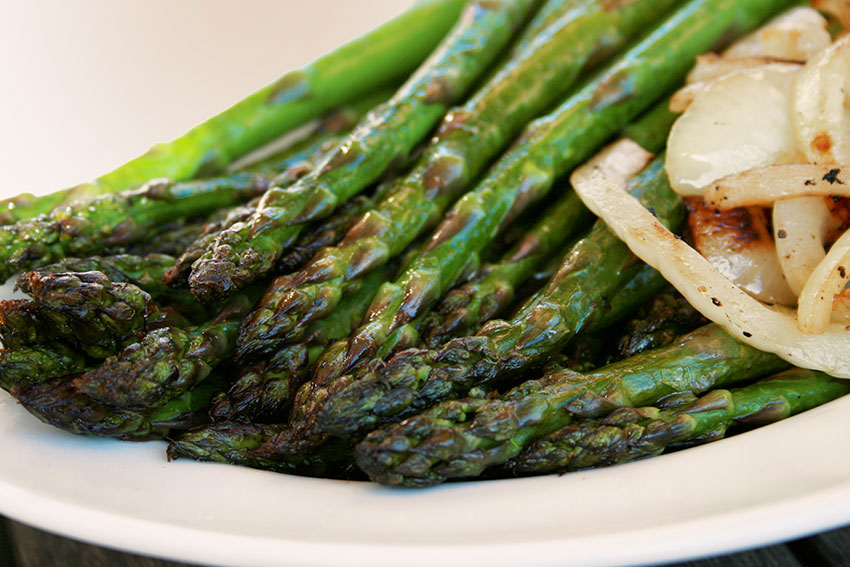 1. Asparagus
Aaahh, asparagus. The king of all vegetables when it comes to grilling. I mean, asparagus in season is hard to beat no matter how it is prepared, but give it just a few minutes on the grill and somehow it’s converted into something even better. Whip up a little garlic aioli to dress the spears after they’re grilled and it becomes downright magical.

So that’s it, my favorite veggies for grilling, counted down Letterman style. Do you agree? What are your favorites? Let me know in the comments below. Looking for more good grilling ideas? Try this Grilled Pizza recipe, that’s right, pizza on the grill!

Jennifer is a personal chef living happily in Bellevue, WA with her picky-eater (but willing to try anything) husband and neurotic black lab. You can find her blog at www.notesfromhomeplates.com 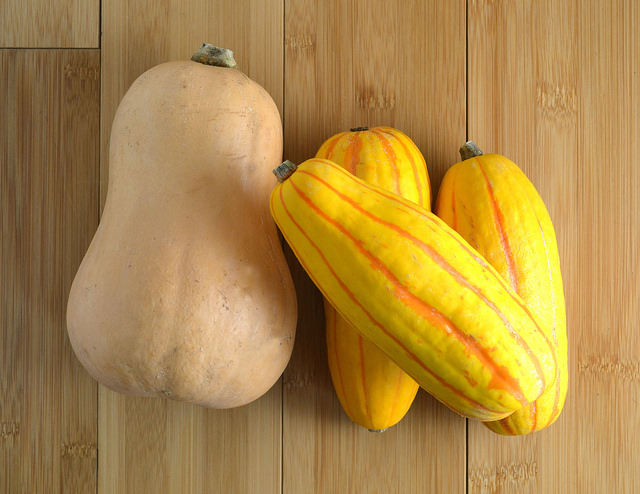